In an effort to provide area residents with a better understanding of their unique past while preserving its historical structures, the City of Lynnwood in 1999 purchased a 2.8 acre parcel of land, referred to today as Heritage Park.

Located east of I-5 on the corner of Poplar Way and Alderwood Manor Parkway, Heritage Park is maintained by the City of Lynnwood in partnership with several community organizations, including the Alderwood Manor Heritage Association, and can be reserved for special events. For informal gatherings, picnic tables and benches have been scattered about so you can relax in the shade of old trees while enjoying the sounds of the birds and wildlife in the park’s wetlands.

Rescued from destruction during the I-5 interchange construction, Heritage Park showcases several early historical structures. The 1930s’ Superintendent’s Cottage and Water Tower, the Humble House, the Wickers Building, and the Interurban Trolley Car #55 are displayed in a village-like setting featuring beautiful landscaping, interpretive signage, a public plaza, and demonstration gardens.

The Superintendent’s Cottage and Water Tower, known today as the Lynnwood-Alderwood Manor Heritage Association & Museum Cottage and Water Tower, are the only surviving structures from the Demonstration Farm, which was built in 1917 by the Puget Mill Company. The Demonstration Farm was located along the Interurban Rail Line, which generally follows the I-5 corridor. See details for these structures below.

Renovated by the Lynnwood-Alderwood Manor Heritage Association & Museum for use as a resource center and home to the association, the “Cottage,” as it’s referred to, offers public access to resource materials related to the historic community of Alderwood Manor, including access to archives of photographs, newspapers, and manuscripts, as well as collections of artifacts, oral histories, books and reference materials. 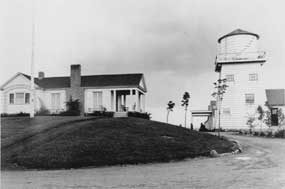 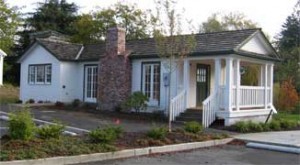 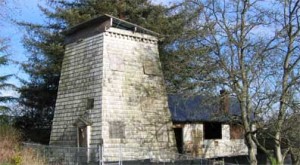 Currently the water tower is under renovation by the City of Lynnwood. 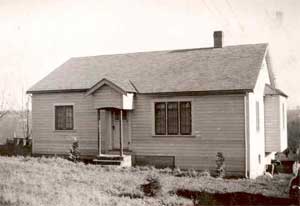 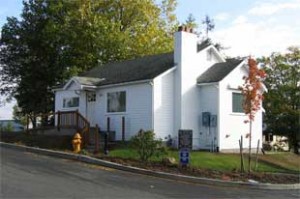 The site’s original structure was built in 1919 and named for the family that bought the property in 1934. The restored house is now the home of the Sno-Isle Genealogical Society. 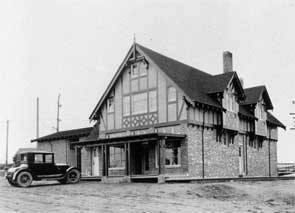 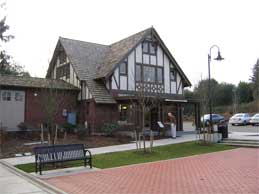 The Wickers Building, built in 1919, was the first mercantile and post office on North Trunk Road in Alderwood Manor (now 196th Street SW in Lynnwood), and became a familiar landmark half-way between Seattle and Everett to passengers on the Interurban. The exterior and first floor of the Tudor Revival-style building have been carefully restored, preserving the distinctive features. The historic building now houses the Snohomish County Visitors Information Center and a museum. 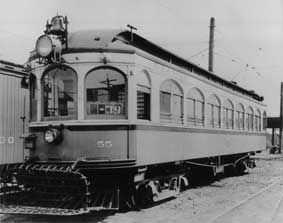 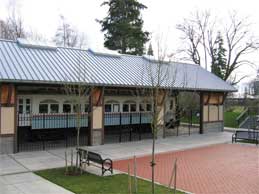 Car 55 is one of six Interurban electric rail cars that provided commuter service from Alderwood Manor to Seattle and Everett from 1910 to 1939. The Interurban was key to the development of Alderwood Manor, now known as Lynnwood. Folks from the big cities traveled by trolley, encouraged by the Demonstration Farm to relocate to the country, breathe the fresh air and learn how to raise poultry for profit. After the demise of the Interurban in 1939, Car 55 was retired, serving as a restaurant diner for several years, and later as a ticket office for the Snoqualmie Valley Railroad. The City of Lynnwood purchased the deteriorated trolley in 1993, and began its restoration with a federal grant in 1996.

You are invited to experience the history of Lynnwood from its roots as Alderwood Manor in the 1920s. Download your self-guided tour